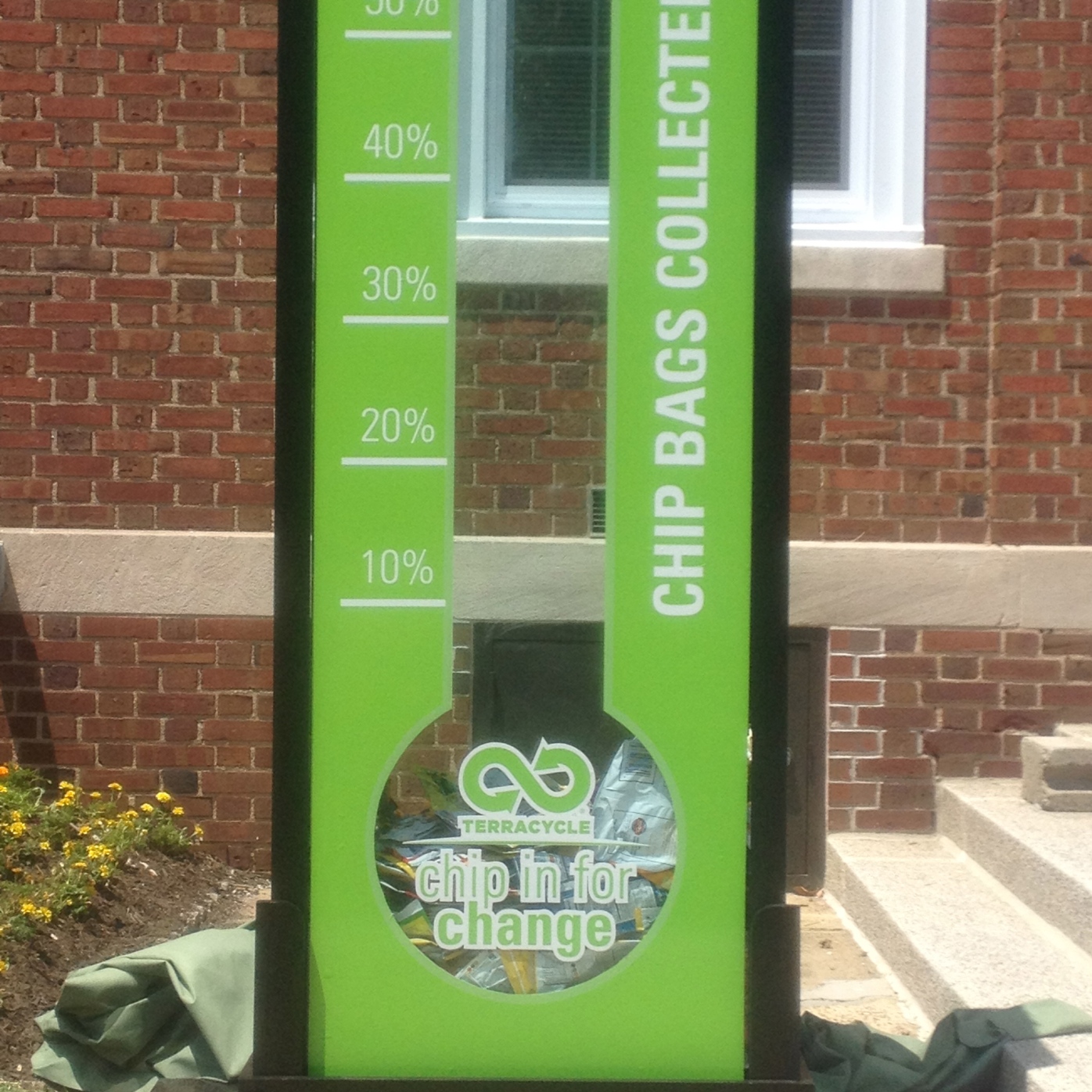 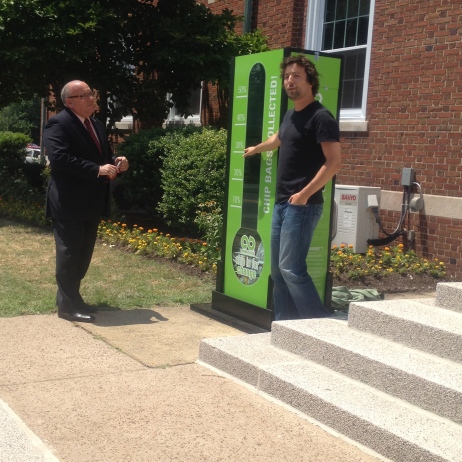 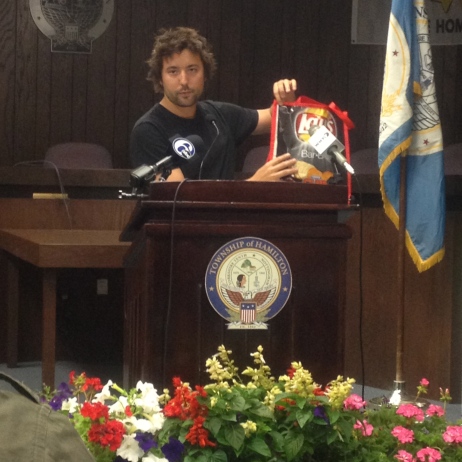 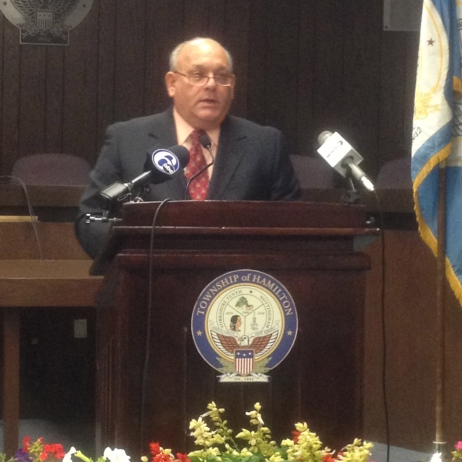 TerraCycle is excited to work with “America’s Favorite Hometown” on this exciting initiative as the township continues to establish widespread environmental sustainability programs. Hamilton is the first township in America selected for this project. The initiative aims to reduce the amount of waste in the local landfill from July 11 to October 31 by at least 10% and up to 30%!

“TerraCycle made a wise decision to choose Hamilton as the pilot location for its initiative,” says Mayor Bencivengo. “Before this launch, our township library had already collected over fifteen thousand chip bags [for the Chip Bag Brigade].”

With 150 businesses committed to chipping in, TerraCycle hopes Hamilton will grow from collecting less than one percent of polypropylene chip bags to thirty percent, comparative to the fifty percent of recycled paper and aluminum and higher than estimated plastic bottle recycling rates nationally.

“This is really a landmark opportunity,” says Tom. “If we can give the township the opportunity to collect we will be able to make non-recyclable waste nationally recyclable at the same rates of typically recycled waste.”

Over the past four years, Hamilton has made a “Clean and Green” pledge and created a Climate Action Plan to reduce the community’s carbon and greenhouse gas emissions. As Hamilton residents chip in with TerraCycle, they have an opportunity to induce widespread change for their hometown.

Residents can track the amount of chip bags collected by visiting the ‘Chip in for Change’ thermometer outside the township building. The thermometer is made from an upcycled 400 gallon aquarium. For every 50,000 bags collected, and additional $250 will be donated to a local charity or non-profit.

Once Hamilton’s trial is complete, TerraCycle hopes to replicate Hamilton’s success and expand across the nation, not just with chip bags but with all traditionally non-recyclable waste.  Even if you’re not a Hamilton resident, you can still chip in with the Chip Bag Brigade and earn money for charity, find out how at www.terracycle.com.